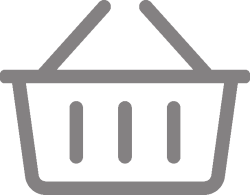 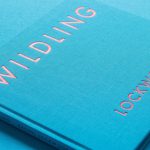 Wildling is the latest book by British fine artist Rachel Lockwood. Drawing on her expansive career of studying animals and the habitats they life in, Rachel’s semi-representational, evocative paintings explore our relationship with nature. Rachel’s powerful paintings, with recurrent themes including stylized deer and mother and young, touch the wild nerve lurking deep within us.

Rachel works from her studio, an old stable set in three acres of rewilded countryside on the North Norfolk coast. She shows annually at the SWLA, Mall Galleries, London, but the majority of her work is sold from Norfolk, where her collectors visit in increasing numbers.

Rachel moved to Norfolk over 20 years ago. She moved from Sheffield to London in her teens and remained working as an artist until the urge to travel couldn’t be ignored. Subsequently Rachel settled for a year in Australia, then Holland. Her work then took her to Norfolk, where she fell in love with the landscape and culture. Rachel says, ‘the diversity of habitats and landscape in Norfolk will probably keep me busy for the rest of my life.’

From childhood to adulthood I did my best to escape the realities of life. They were sometimes unbearably cruel and with each twist and turn when life tried to bend me to its will, I would do my best to slip through its grip. I’d hide in the hollows of holly bushes and watch as the world went by, and I would create worlds of my own from the natural materials I found around me. I didn’t know where I belonged but I found the world of nature had a balance I could understand, not only was it calming, gentle and inspiring it also seemed cruel, but crucially it was honest. My work as an artist has developed as the years have gone by but continued in the same vein. It has allowed me to watch the world around me and keep in touch with the natural wild side of life, a place that seems to make constant sense, even when the world around me seems not to.

Artworks Over 130 colour artworks and sketches

No products in the cart.